LMDF celebrates its 10th anniversary on 11 March 2020 and looks forward to another 10 years of financing innovative solutions to support the poor. The past decade has seen a wide support to more than 100 smaller microfinance institutions in 35 countries through over 160 investments. Over the next ten years, LMDF’s strategy is to actively accompany the transformation of the sector through digitalization, small asset financing and value chains, as long as these solutions are benefiting poor entrepreneurs and households. As an example, LMDF is working with M-Kopa – a company financing solar powered electricity for poor households living beyond the electricity grid.

LMDF was born in 2010 out of a joint initiative of the microfinance NGO ADA, the Cooperation & Finance Ministries and several Luxembourg Banks. The first projects that the Fund invested in, supported 13,000 micro-entrepreneurs in 7 countries via a microfinance portfolio of EUR 3.3 million.

Ten years later, the evolution is quite notable. Over 230,000 entrepreneurs have been supported, with 79% of the entrepreneurs residing in low- and middle-income countries where financial exclusion is rife. EUR 74 million in financing has been provided to over 100 microfinance institutions over the Fund’s history.

Taking private investors along this road has been one of the notable successes of the Fund. For every 1 Euro of public money invested at the start of LMDF, the private sector in Luxembourg has invested another 3 Euros to date. Of the 30 million Euros of private financing about half comes from private individuals, foundations and NGOs. The array of partnerships with both the public and private sector has been critical to the Fund’s success and LMDF is taking the 10th anniversary as an opportunity to thank all its partners.

Another factor which has contributed to the Fund’s reputation is its strong social focus. LMDF has always sought to work with institutions which are well placed to work with the most marginalised. Working with emerging microfinance institutions has allowed the Fund to provide 77% of its financing to women and 60% to those in rural areas. The Fund has also introduced a detailed social performance analysis into all its investment files, ensuring each institution it works with, balances social and financial performance. Every two years LMDF provides a dedicated social impact report to its investors.

Where will LMDF stand in the next 10 year?

In 10 years’ time, the sustainable development goals will expire and it is clear that a lot of work is needed to combat the core challenges facing the societies with which we work of poverty, unequal access to opportunities of a globalized economy, limited financial inclusion and limited opportunities for formal work.

The concept of microfinance was to provide micro-entrepreneurs with the financing tools they need to improve their lives. In practice this means a concentration of small credits to finance short term needs, mostly of people living in and around the cities. Whereas this has provided a valuable tool in many regards, the sector will need to evolve to respond to a broader set of financial needs of the poor.

As it celebrates its 10th anniversary, LMDF – together with ADA – is embarking on an innovation path on how to reach those not benefitting from microfinance in its present form. The identified areas of innovation are small asset financing (i.e. a solar panel or a motorbike), value chain finance (for example helping small farmers produce higher quality and access better markets) and assessing how finance can broaden access to quality education. 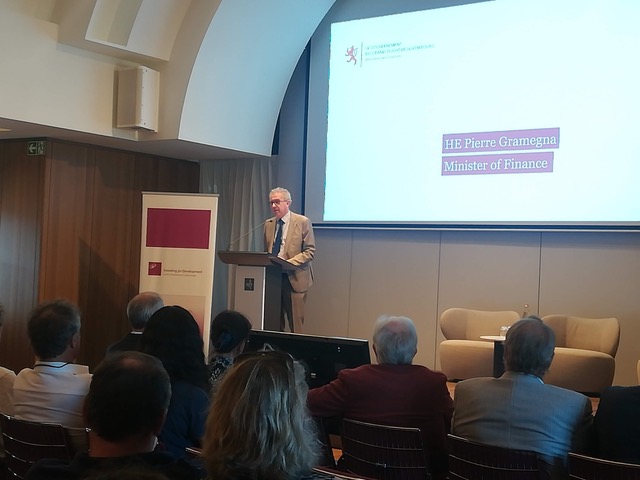